With its beauty and historical significance, the Camino de Santiago attracts hundreds of thousands of visitors every year. Learn how the pilgrimage began, what it signifies, and why it’s still beloved today.

The Camino de Santiago refers to a pilgrimage across Spain taken by millions of religious followers and interested adventurers for nearly two thousand years. In English, the name translates as, “The Way of Saint James.” There even exists evidence that the path may have been worn by travelers, mystics, and nomads well before the time of Christ.

This journey may start along various routes in or near the French-Spanish border, but they all culminate in one place: the Santiago de Compostela Cathedral located in Galicia, Spain, adjacent to the Atlantic coast.

Pilgrims originally started coming to this location from all across Europe to witness the reported tomb of the apostle Saint James, son of Zebedee, known as “Santiago” by Spanish Catholics. The alleged remains of Saint James were interred in this location sometime after his recorded death in 44 A.D. Centuries later, a monastery, and ultimately a cathedral, were built on the declared burial site of the apostle James.

The history of the Camino de Santiago, therefore, begins nearly two millennia ago. Since that time, the feet of millions’ have tread the holy path winding its way through small Spanish villages and towns towards the Iberian Peninsula coast. While much has changed along the Way since the first pilgrims walked the path, the experience itself is akin to a trip back through time.

Voyagers interested in treading along the same steps that Charlemagne, popes, and kings once walked can immerse themselves in Camino de Santiago history by reading more about it before planning their own epic trip through idyllic Spain.

Saint James the Elder served as one of Jesus’ twelve apostles.

After Christ’s death, legend has it that the twelve apostles divided up the known world into spheres. Each apostle would proselytize others with the words and teachings of Jesus. James was assigned the Iberian Peninsula, the western coast of Spain located near the Strait of Gibraltar.

Documents sourced from the 7th and 8th centuries strongly suggest that James did indeed visit Iberia and spread his teachings there during his life. Later, James would return to Jerusalem. He was ultimately executed by Herod Agrippa I, who sentenced him to beheading.

Popular belief holds that James’ followers took the martyr’s body to the coast and launched it from a stone boat into the sea. Angels allegedly guided the winds to send his boat past the Pillars of Hercules and the Strait of Gibraltar to ultimately land in northern Spain at Finisterre, Padrón. A regional queen named Lupa then ordered that a team of oxen would pull the remains to their final resting place at a marble tomb in what would later become the community of Santiago de Compostela. Saint James was reportedly interred there along with two of his disciples.

The verified history of the Camino de Santiago begins early in the 9th century. At that time, a local Galician hermit named Pelayo (Pelagius) claims he saw an unusual field of stars in the night sky that pointed him in the direction of the final resting place of Saint James and two of his disciples.

Pelagius reported his discovery of Santiago’s tomb to a local bishop named Theodomir. Theodomir declared definitively that the remains were indeed Saint James’, and he quickly relayed this discovery to the King of Asturias, Alphonso II.

Alphonso II, nicknamed “The Chaste,” declared in turn that Santiago would be the patron saint of what would later become the Spanish nation. He commissioned the building of a city that would be named Campus de Ia Stella (Field of Stars), where a small monastery was built to house St. James’ sepulcher.

Soon after the discovery of Santiago’s tomb, pilgrims began to trickle into the region of Galicia to bear witness to it. These early travelers trod paths likely worn over centuries by wandering peoples through the coastal region of Spain.

Miracles began to be attributed to the site, and the Archbishop Gelmirez of Galicia promoted their existence to other Catholic authorities. French monks at the Abbey of Cluny embraced this notoriety, and they likewise began to encourage other devouts peoples all across the continent to travel to Galicia.

In 899 C.E., Alphonso III erected a much larger basilica on the site of St. James’ tomb after the first church was razed by Moorish forces.

Middle Ages: The Pilgrimage to Galicia Becomes a Cultural Zeitgeist, And the Santiago de Compostela Cathedral Is Built (1000 A.D. – 1211 A.D.)

By the end of the first millennium, the Camino de Santiago had begun to become a full-blown cultural phenomenon. It was slotted alongside pilgrimages to Jerusalem and Rome as one of the few acts someone could perform to receive a plenary indulgence, which absolved them from sins. Thousands of travelers began to walk the path across coastal Spain in order to visit St. James’ tomb.

A book titled The Codex Calixtinus was written in 1140, and it served as a medieval guidebook for anyone making the trek. They were informed about which towns to stay at, instructed where they could safely make camp outside civilization, and pointed towards worthwhile sights along the way.

Around this same time, the Catholic church and Spanish kingdoms began to make huge infrastructural investments to support heavier traffic along the Camino. Bridges were constructed across impeding waters, and cities made improvements to openly court travelers — and hopefully convince them to part with some coin. Hospices were also constructed to aid ill travelers and those who met poor fortune along the road.

An estimated 250,000 pilgrims made the journey along el Camino de Santiago each year at this point in history. Pilgrims who made the trip often collected scallop shells as proof of their journey. A marked scallop shell, therefore, became the symbol of the route itself.

In accordance with the Camino’s rise in popularity, Archbishop Diego Pelaez commissioned the construction of a large cathedral to be named The Cathedral of Santiago de Compostela. It was constructed using techniques and styles borrowed from Roman architecture and influence by other Gothic churches located in the Iberian Peninsula. Pedro de Muniz consecrated the completed cathedral in 1211.

Shortly after the construction of The Cathedral of Santiago de Compostela, traffic along the Camino reached its peak. By the 13th century, an estimated half a million people made the trip each year.

The journey took on an air of glamor around this time. Geoffrey Chaucer’s The Canterbury Tales, written around 1386, mentions how the Wife of Bath traveled to Santiago.

However, the good fortune of communities along the Camino would eventually dry up. By the end of the 16th century, Spain found itself engaged in major wars with both France and England.

Sir Francis Drake, who served as a naval officer and privateer against Spanish imperial forces, referred to Santiago obliquely as, “that center of pernicious superstition.” In the 17th Century, Louis XIV outright forbade any of his subjects to travel to Santiago as a means to interrupt trade with Spain. The Iberian peninsula was effectively cut off for centuries at a time.

Around the same period, Martin Luther’s Reformation had begun to have a profound effect on putting ostentatious displays of religion and indulgences out of favor. The pilgrimage to Santiago became a focal point of such rejections. The later Age of Enlightenment had a similar cooling effect on the journey, which had become steeped in magical thinking encouraged by cities and merchants attempting to sell “miraculous” wares to pilgrims.

The decline of the pilgrimage’s popularity notwithstanding, Spanish archdiocese decided to completely revamp The Cathedral of Santiago de Compostela. They pulled down the original Romanesque façade in 1757, piecing it out components of it within the cathedral while replacing it with a more modernly designed neoclassical façade.

Even with these improvements, the once world-renowned pilgrimage faded into obscurity.

By the 20th century, travel by plane, cars, and paved roads made much of the world far more accessible to anyone itching to explore. Readily available printing also helped spread the word of worthy sights to spread among certain circles. As a result, interest in the Camino de Santiago pilgrimage began to percolate throughout the world.

This renewed interest encouraged a priest from the Galician village of O Cebreiro named Father Elias Valiña to begin rehabilitating the travel route in the 1980s. He developed a highly recognizable symbol of yellow scallop’s ridges set against a blue background that could be used to mark the route to modern travelers. Cities and towns responded to this effort by promoting themselves once more as a worthy stop along the route to Santiago.

The internet has helped turn this murmur of interest into a growing roar. Now, more and more people of all faiths and backgrounds have begun to make the beautiful trek to Spain’s coast in search of Camino de Santiago’s history. While they may not hold the same fervent beliefs of those who trod the path in millennia before them, they do experience the same magic and wonder as they explore the ruins and new sights that await them along the way.

No matter the reason you’re planning to trek along the Camino de Santiago, our team of travel experts is here to help you coordinate your trip. We’ll make sure you get the most out of your experience, without the hassle and worry of planning your entire trip from scratch. Call us today at +1 (414) 377-3555 or email us at [email protected] to start planning your own history-making trip.

What to pack for the Camino de Santiago

Great Self Guided Treks of Patagonia: W-Trek and El Chaltén 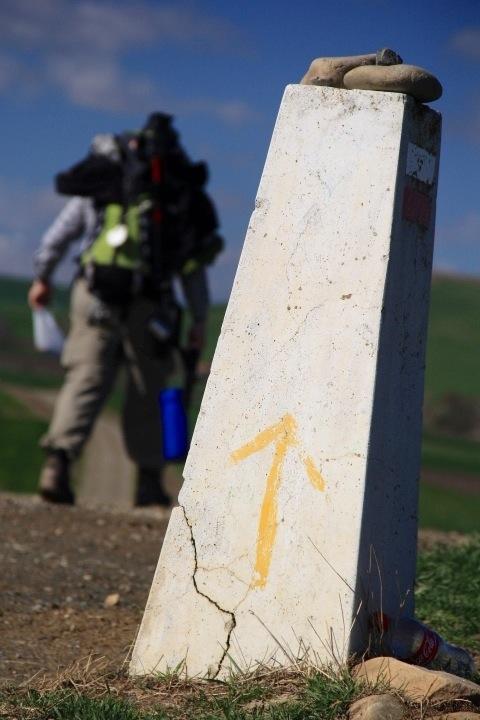 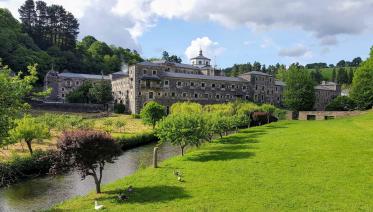 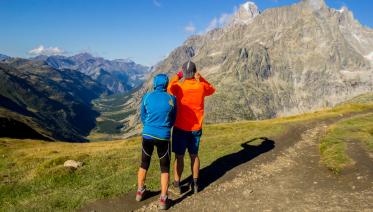 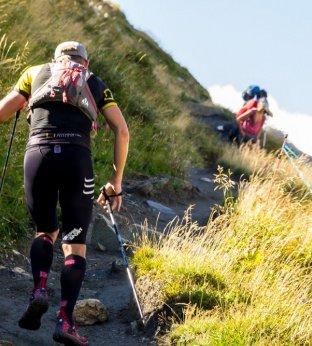 What to pack for the Tour du Mont Blanc 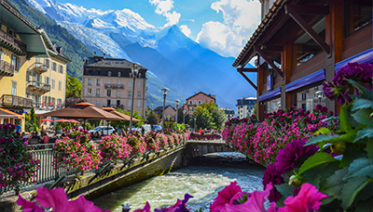