Discover 11 Eco destinations in South America from Bolivia to Brazil.

The Pantanal is the place to see wildlife in South America, especially large mammals. Because the Pantanal has less dense flora, than say, the Amazon, the wildlife is easier to view.  And it's large too, so there are a number of areas to explore. It stretches out aproximately 54,000 square miles through western Brazil, Bolivia and Paraguay. It is home to most of the large mammals in South America including anteaters, giant otters, tapir, ocelot, crab eating foxes, armadillo, capybara and jaguars. So while the Amazon may get all the attention, the Pantanal is the better bet for game viewing.

The Salar de Uyuni, located in the altiplano of south-west Bolivia, is the world's largest salt flat. Formed by pre-historic lakes, a one meter crust of salt covers an area of over 4,000 sq miles. Some locals believe that Salt flats and the surrounding area were home to the lost city of Atlantis.

Besides visiting the salt flats, travelers come to this extreme environment to experience the beauty of multi colored volcanoes, red lakes and open geysers that shoot steam 15 meters into the air.

Included in the Secrets of the Altiplano tour.

Torres del Paine is a national park in the Chiliean part of southern patagonia. The park is located 70 miles (112 km) south of Puerto Natales and 194 miles (312 km) from Punta Arenas, the largest city in the region and the port of entry for most travelers. The peaks of the Paine Massif, the center piece of the park, reach up to 9,462 ft (2,884 mt). Travellers come to hike a variety of trekking routes here including the "W" and the "O", staying either at small refuges or luxurious hotels along the way. The park is also well known for it's three towers that seem to "burn" at sunrise against the backdrop of the blue sky and for various other activities including kayaking with icebergs and trekking on glaciers.

Located 250 km from the capital city of Quito, the Yasuni National Park is located in the bio diverse Amazon Rain Forest of Ecuador. Remote and secluded, the National Park is home to two uncontacted tribes - the Tagaeri and the Taromenane. Arguably one of the most bio-diverse locations on the planet, the park holds the world record for amphibian species, with over 150 distinct varieties.

Several groups of first nation people, including the Huaorani and the Kichwa Anagu live in or around the National Park and rely on eco tourism to sustain their community and way of life. Visitors come to the park for the rich diversity of wildlife viewing and to learn about the culture of the indigenous groups. 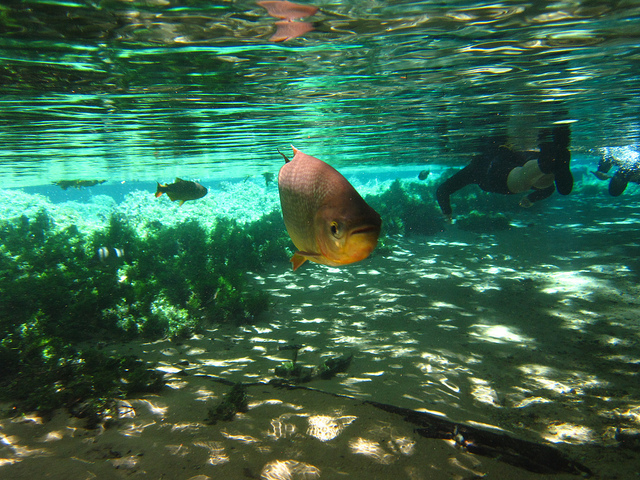 Bonito is a small, one road town in Mato Grasso Brazil. What it may lack in sophistication, it more than makes up for in natural wonders. Crystal clear rivers, sprawling caves and underground lakes make a trip to Bonito a visual feast.

Labeled as the eco center of Brazil, Bonito features a variety of tours and activities for the active traveler including rappelling, snorkeling, scuba diving and wildlife viewing. The Abismo Anhumas, a huge cave covered in stalactites, is a popular destination for abseiling and diving. The clear waters of Rio da Prata are popular for snorkeling.

San Pedro de Atacama lies in Chile, just on the other side of the border with Bolivia. A popular destination for both backpackers and luxury travelers, the town itself has a laid back, bohemian vibe. The landscape surrounding San Pedro is a mixture of desert, salt flats, volcanoes, geysers and hot springs.

There are several day trips possible from San Pedro. A trip into Valley de Luna (pictured), features unusual rock formations and depressions. Stargazing tours are popular here as the town is located far away from city lights. For the more adventurous traveler, sand boarding on the dunes of Valle de Luna is possible.

Iguazu falls lies on the border between Brazil and Argentina. The name Iguazu means big water in the local indigenous language. The falls are massive, with multiple water falls and cataracts between 197 and 269 feet tall covering an area over 1.7 km long. Famously, after seeing Iguazu Falls, Elenor Roosevelt exclaimed "Poor Niagara!".

Located off the coast of Ecuador, the 19 Galapagos islands are most well known for being the inspiration behind Darwin's theory of evolution. The islands received their name from the abundance of tortoises endemic to the area (Galapagos means tortoise in Spanish).

Their are many colorful species located here including the Blue Footed Booby (pictured), multicolored Marine Iguana, the red pouched Magnificent Frigatebird and my favorite of all, the Sally Lightfoots (a colorful crab that has developed a symbiotic relationship with the iguanas of Galapagos, cleaning off ticks from their skin).

Located 100 miles northwest of Arequipa, Colca Canyon is the second deepest canyon in the world. It's over twice as deep as the Grand Canyon in the USA.

The Andean Condor whose wingspan can reach over 10ft wide from tip to tip, are a main draw for travelers. A popular location to view the condors is at Cruz del Condor, a view point 3,960 feet directly above the canyon floor. The town of Chivay serves as the kick off point for travelers exploring the canyon.

Located on the border of Venezuela, Brazil and Guyana in Canaima National Park, Mount Roraima is a large plateau whose entire summit is bounded on all sides by cliffs rising up to 1,200 feet. The indigenous groups of the area have long held the plateau in high esteem. They believed that the Raraima once held all fruits and vegetables of the world.

There are several species flora and fauna that are unique to the plateau. Intrepid travelers can hike to the top through the only route on the Venezuelan side. Otherwise, climbing gear is needed. The small Venezuelan town of Santa Elena is used as the starting point for the hike.

Similar to Mount Roirama, Chapada Dos Veadeiros is a table top mountain located in the Brazilian state of Goias. The Chapada is well known for its extensive array of waterfalls, some of which are 360 feet high. With a high level of quartz crystal located in the bedrock, the Chapada is popular with mystics and new age proponents.

Unlike, Roirama, the infrastructure around Veadeiros is quite good. Many travelers stay at the bohemian Alto Pariso, where their are numerous posadas and hostels. 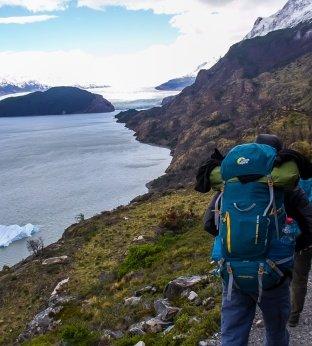 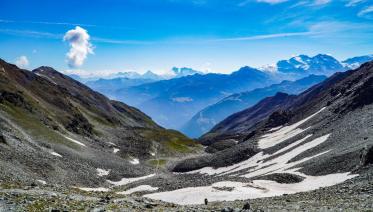 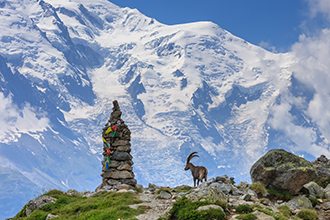